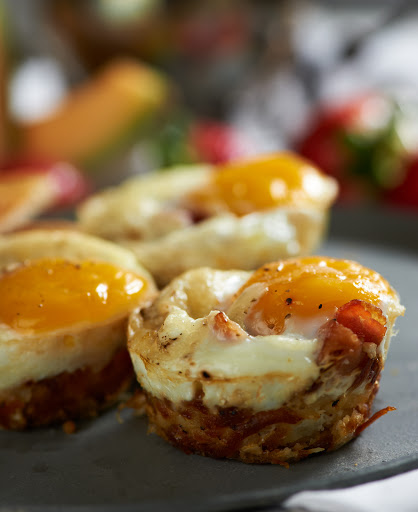 The all-American breakfast gets the muffin pan treatment with my Bacon and Egg Cups. The cook time in this recipe results in soft-cooked eggs—just cook a few minutes longer if you don't like your yolks runny!

Tip: You can change this recipe up for swapping the bacon for sausage, and the Swiss for Cheddar. Or, add some elegance to these breakfast cups with a sprinkle of chives. 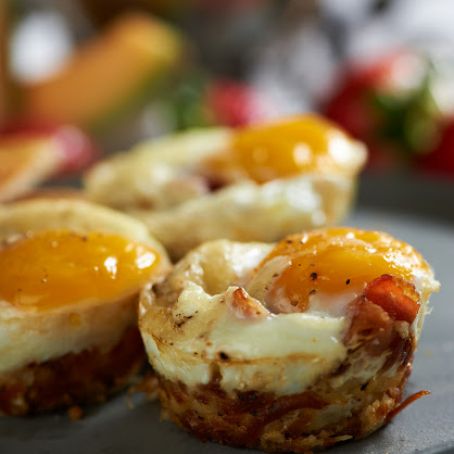 While the bacon is cooking, toss together the hash browns, oil, 1 tsp salt, and 1/2 tsp pepper. Set aside. Remove the cooked bacon from its rendered fat, drain on a paper towel, and set aside.

Using a teaspoon, divide the rendered bacon fat among the 12 cups of a regular-size muffin pan. Spray the sides of each cup with cooking spray. Divide the potato mixture among the 12 cups and press slightly into the cups. Bake the cups for 45 minutes, or until the bottoms of the hash browns are a dark golden brown, then remove from the oven.

Crumble the bacon pieces and divide evenly among the 12 potato cups. Divide 1/2 cup of the Swiss cheese evenly in each cup over the bacon. Carefully crack an egg over each cup, being careful not to break the yolk, and top each egg with the remaining cheese. Season each egg with additional salt and pepper. Bake the cups for another 15 minutes, or until desired egg doneness.

When they’re finished baking, remove each egg cup by running a knife around the edge. of each cup. 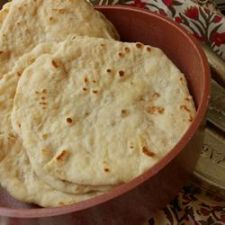