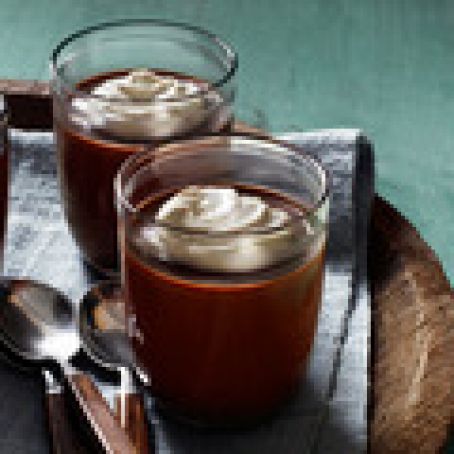 Make the pudding: Whisk the egg yolks, sugar and cornstarch in a large bowl.

Meanwhile, make the cinnamon cream: Whip the cream with the sugar in a bowl until it just holds soft peaks; fold in the cinnamon. Serve with the pudding.