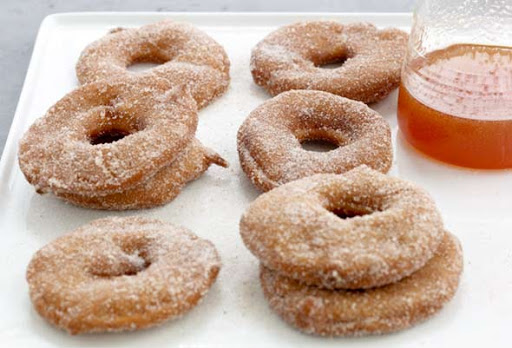 The Craft of Baking by Karen DeMasco.
Simple to make, this festive apple fritters recipe is great for brunch or alongside ice cream for dessert. Beer not only deepens the flavor of the apple fritters, its bubbles make them light and crispy. 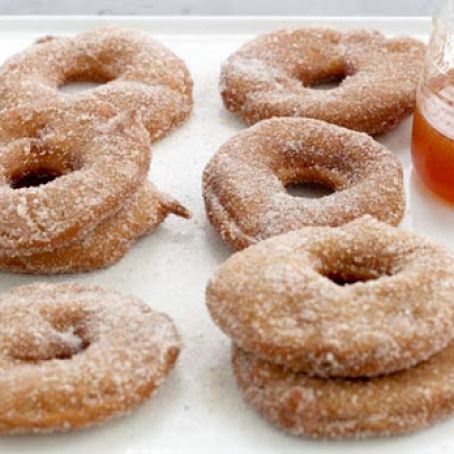 3. While the fritter batter is resting, peel, core, and slice the apple into ten 1/8-inch-thick rings. Spread out the rings on a large plate. Stir together 1 tablespoon of the sugar and 1/4 teaspoon of the cinnamon, and sprinkle the mixture over the apple slices. Let the slices sit for 20 minutes to soften and absorb the sugar.

4. Whisk the egg whites to soft peaks, and gently but thoroughly fold them into the batter.

5. In a wide, shallow bowl, whisk together the remaining 6 tablespoons sugar, remaining 1 teaspoon cinnamon, and a pinch of salt.

6. Add enough oil to a deep-sided skillet or wide pot to measure 2 inches. Heat the oil to 375°F (190°C). Working in small batches, dip the apple rings into the batter to coat both sides, and fry, turning once, until the apple fritters are golden and crisp, about 3 minutes. Drain the fritters on paper towels for a few seconds, then toss the fritters in the cinnamon-sugar mixture. Serve warm. 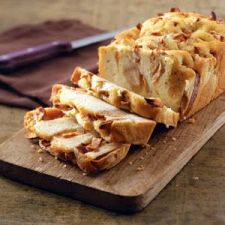