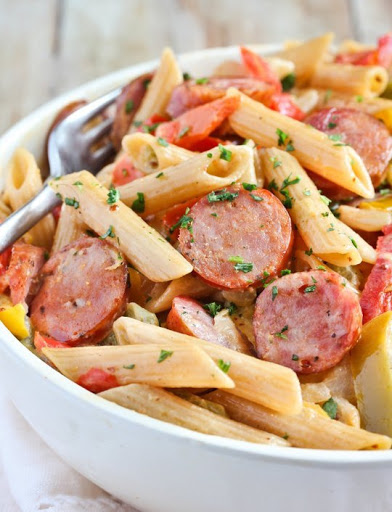 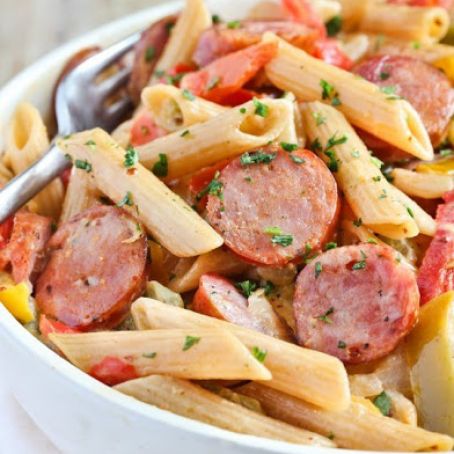 Bring a pot of heavily salted water to a boil and cook the penne until al dente. Scoop out 1/4 cup of cooking water and then drain the noodles. Return the noodles to the pot and toss with 1 tablespoon olive oil.

Heat the remaining tablespoon of oil in a wok or large skillet over medium-high heat until shimmering. Add the sausage and cook until some fat begins to render and the sausage begins to turn golden, 3 to 5 minutes. Using a slotted spoon, transfer the sausage to the pot of noodles. Give the the fat in the skillet in a minute or so to get smoking hot again, then add the vegetable mix and a sprinkle of salt and pepper. Sauté the vegetables until tender.

Pour the noodles and sausage into the hot skillet with the vegetables, followed by the mustard and heavy cream. Bring the liquid to a boil and cook until the cream has thickened. Taste and adjust seasonings.

For leftovers, stir in the reserved cooking water and reheat in a skillet or microwave until warmed through.
Recipe Notes

A mix of fresh vegetables can easily be substituted. 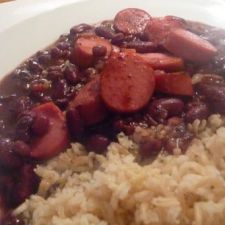