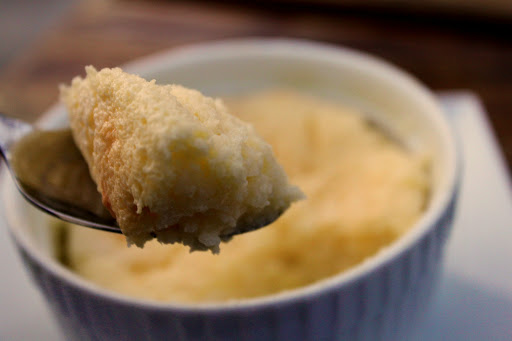 This recipe for Lemon Pudding Cake comes from Cooks Country Magazine (April 2009). I would describe this wonderful dessert as a souffle-lemon custard dessert. It's almost magic how the lemon and cake layers separate. It's light, lemony, creamy and not too sweet. This is going to be making repeat performances in my kitchen. 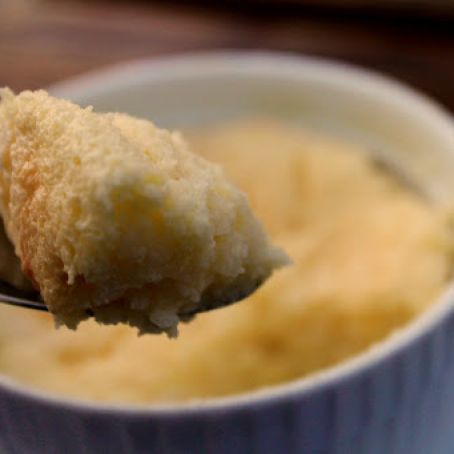 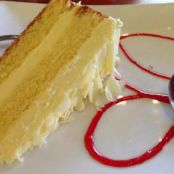 Whisk flour and cornstarch in bowl.

In a separate, large bowl, with electric mixer on medium-high speed, beat 1/2 cup sugar, butter, and lemon zest until light and fluffy, about 2 minutes.

Beat in yolks, one at a time, until incorporated.

With mixer running, slowly add remaining sugar until whites are firm and glossy, about 1 minute.

Whisk one-third of whites into batter, then gently fold in remaining whites, one scoop at a time, until well combined.

Carefully place pan on oven rack and pour boiling water into pan until water comes halfway up the sides of baking dish.

Bake until surface is golden brown and edges are set (center should jiggle slightly when gently shaken), about 60 minutes. 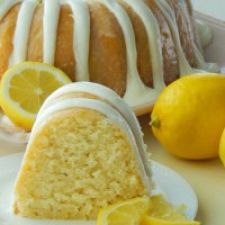