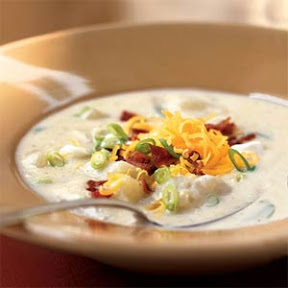 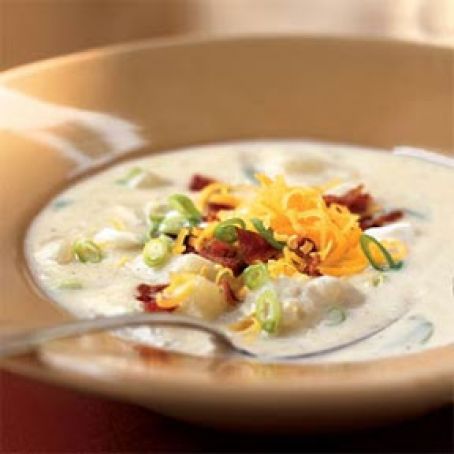 Steam Cauliflower in pan until cauliflower is soft. Drain water and place cauliflower on baking sheet, sprinkle 1 Tbsp olive oil, salt and pepper and put in oven on broil until the caulflower is golden.
In pan, place chopped onions and the other Tbsp of olive oil, cook onions until they are tender.
Add the cauliflower back in the pan along with the broth. Simmer for 10 minutes.
Remove half the mixture and puree in blender or with mixer.
Recombine and add cheese, bacon, chives and milk.
Heat until the cheese melts. 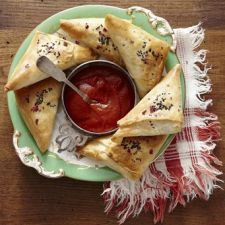