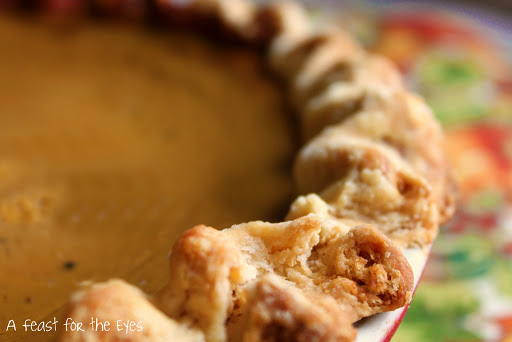 King Arthur Flour does it again! This crust combines the best of both fats: shortening to help the crust hold its shape, with its higher melting point, and butter for flavor and flakiness. There are some unusual hints in making this pie dough, but they really do work. Come visit my blog, to see how I made this pie dough-- and my own tips. 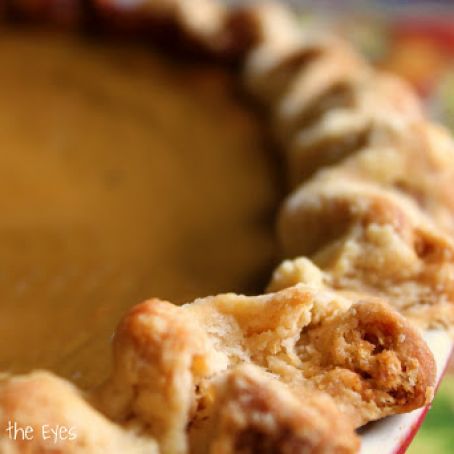 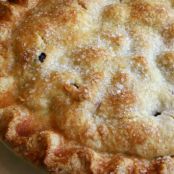 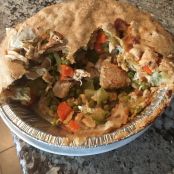 1. In a large bowl, whisk together the flour and salt. Cut or rub in the shortening or lard, until the fat is the size of small peas.

2. Cut in the cold butter, leaving the butter in pieces the size of your thumbnail.

3. Sprinkle the ice water, one tablespoon at a time, over the mixture, tossing the mixture together with fork as you go. Continue until the dough is just moist enough to hold together when pressed.

4. For a 2-crust pie, gather a little more than half of the dough and pat it into a disk; wrap in plastic and chill for an hour (the larger portion will be the bottom crust.) Do the same with the remaining dough for the top crust. If you&#39;re making two one-crust pies, divide the dough evenly, wrap and chill before rolling.

5. Roll the crust until it is about 1/8-inch-thick and about 2 inches larger than the diameter of the pie plate. This gives you enough to make a good high rim (single crust shell) or to match with the upper crust (double crust bottom). Fill and bake as your recipe directs.

Tips from our bakers

When the dough is almost moist enough to hold together, try pouring the shaggy mixture out onto a piece of parchment paper. Use a spray bottle to moisten the dry parts of the dough without waterlogging it. Then fold the dough over on itself, like a business letter. Repeat the process until all the dry bits of dough are evenly moistened. This will create lots of nice layers in the dough (click on the video to see this being done).
After rolling out your crust and lining your pan, put it in the refrigerator until you&#39;re ready to fill and bake the pie: this will improve the flakiness and texture of the crust.
Pie crusts can be made ahead and frozen for up to a month.
To keep the bottom crust from getting soggy, try brushing it with egg white and chilling before adding the filling. You can also use melted butter to create a barrier between the fillings moisture and the crust.
Lightly grease the pie plate with non-stick spray before putting in the bottom crust; this will make taking the slices out of the pan much easier later. 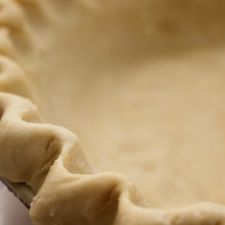