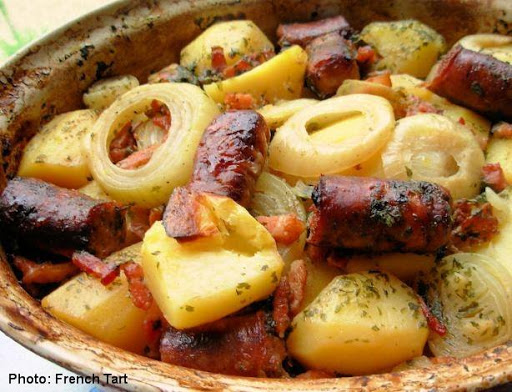 This traditional supper dish of sausages, bacon, onions and potatoes dates back at least as far as the early eighteenth century. Comfort food at its best! 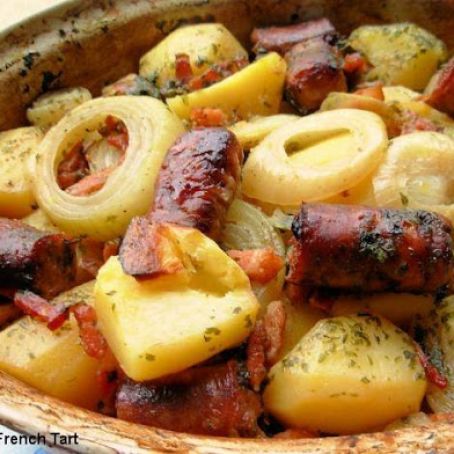 Peel the potatoes. Cut large ones into three or four pieces, leave smaller ones whole. Finely chop the parsley. Boil the water and in it dissolve the bouillon cube.

Grill or broil the sausages and bacon. Be careful not to dry them out. Drain briefly on paper towels. When drained, chop the bacon into one inch pieces. If you like, chop the sausages into large pieces as well.

Preheat the oven to 300°F. In a large flameproof heavy pot with a tight lid, start layering the onions, bacon, sausage, and potatoes. Season each layer liberally with fresh-ground pepper and the chopped fresh parsley. Continue until the ingredients are used up. Pour the bouillon mixture over the top.

On the stove, bring the liquid to a boil. Immediately turn the heat down and cover the pot. (You may like to additionally put a layer of foil underneath the pot lid to help seal it.)

Put the covered pot in the oven and cook for at least three to four hours. At the two-hour point, check the pot and add more water if necessary. There should be about an inch of liquid at the bottom of the pot at all times.

To Serve. Guinness, bottled or draft, goes extremely well with this dish (indeed, adding a little to the pot toward the end of the process wouldn't hurt anything). Another good accompaniment is fresh soda bread, used to mop up the gravy! 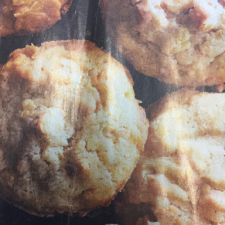